Hackathons are what you make of them

A couple of days ago a post titled hackathons are bad for you started making the rounds.


Here’s a standard recipe for a Hackathon.


As a generalization that is somewhat accurate...but I’ve been a regular fixture at hackathons for several years now, and I’ve learned one very important thing: hackathons are what you make of them.

There is an almost masochistic take on sleep deprivation in the developer community. (It might be true with other professions, but let’s focus on the devs.)

It certainly isn’t specific to developers and it tends to be more of a cultural thing. Pinning this on hackathons is a bit unfair when you see the large percentage of Americans in general that suffer from sleep deprivation. Hackathons have time limits because they want everyone to have the same constraints, not because they don’t want you to sleep. 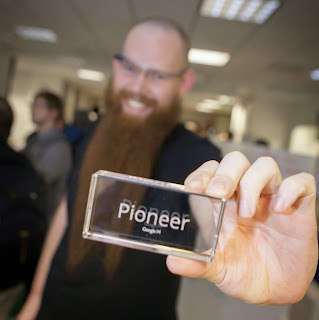 Just a couple of weeks ago I attended the Google Glass hackathon. It was a two day event that actively discouraged overnight hacking by kicking everyone out at 6pm. Some people went back to their hotel room or cave of choice to keep churning out code, I’m sure, but we were restricted from removing Glass from the Google office so it was particularly difficult to work after hours.


A good nights rest and a fresh mind are critical for a good developer, that’s one thing that Hackathons completely miss.

Hackathons aren’t about good development, they’re about fun development! Hackathons are almost always time constrained--so why are you worried about “good” when all you really want is “good enough”! Don’t write tests for hackathons, don’t backup databases for hackathons. Spend the time experimenting with that new technology, or playing with that product idea that has been rattling around the back of your head.

Next to sleep, your body needs good fuel to keep going. And NO! I don’t mean coffee. As much as I love my coffee, binging on coffee, red bull or is rarely good for focus.

Eating healthy is key to a better life. I should know. Over the last 18 months I’ve lost 60lbs and in the last three months I dropped 4 points of body fat by eating better and exercising regularly. You still need to “let loose” and “live a little”. Take the weekend off from your normal eating habits, enjoy a Red Bull, have some Oreos. Come Monday, get back on the bandwagon with even more gusto.

Something I’ve noticed over the last couple of years is hackathon attendees pushing back when organizers don’t provide good food. Pizza once in awhile is fun and takes you back to the college days but it does get old. I’m actually having trouble remembering the last hackathon that served pizza though. Mostly it’s a range of basic sandwiches to, decent takeout, to very good buffets.

Hackthons again make it worse by inciting developers to sit at the same place for 24hrs. “I’m sure your back will thank you at the end of that!”.

Last I checked, developers still had feet and could go for a walk anytime. A couple hackathons have even tried to encourage activity though stretch time, but nobody wanted to participate! Perhaps having a photowalk thrown in (especially at media-centric events) would be a good way to get people active without them being self-conscious.

Hackathons are events. If you want a quiet, zero distraction workspace don’t go to a hackathon. One of the best reasons for attending hackathons is immersing yourself in the community and meeting people. Real. Actual. Live. People. You can’t accomplish that by closing yourself off and wearing noise canceling headphones.

All of the solutions listed in the original post are important for life as well as hackathons. Everyone should live a healthy, well rounded, lifestyle. But sometimes you just need to take some time, eat crappy food, and hack on what you want.

On Saturday ADN is hosting a 12 hour hackathon at WeWork in SOMA. This will be their second in SF after the first one last October, which had awesome people, delicious food, and fun projects. I’ll be there (what should I work on?) hacking away, drinking Red Bull, and eating Oreos before getting up 5am Monday to hit the boxing gym.

TL;DR;BKS; Ultimately you are responsible for your life and your actions. Organizers should provide a healthy framework for you to hack in, but they are not your keepers. Take responsibility for your body, soul, and mind.