Can you activate a Moto G on Sprint? 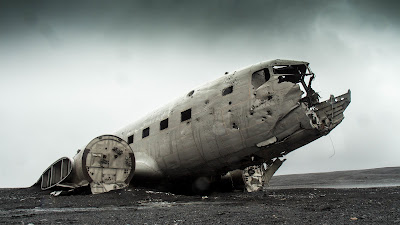 Having the unfortunateness of accidentally dropping and mostly obliterating a perfectly functional Nexus 5, my housemate was in need of a replacement ASAP. With solid specs and an amazing price tag (a mere $220) a Moto G (3rd gen) was high on my list of replacements. Considering the 2015 Nexus devices hadn't even been announced yet, it was pretty much the only option in that size range.

Moto was quick to ship and we skipped off to the Sprint store Moto G in hand to get it added to the existing service plan. I mean really, how hard could adding a phone be? Sadly it was all downhill from there...

Walking into Sprint there were a couple of people being helped or waiting to be helped but overly not very busy. Initially the service rep thought we wanted to transfer photos, data, etc from one device to another and said she could help us. After describing several times that we simply wanted the plan stop working on one phone and start working on another phone she finally understood but continued to deny being able to help. Instead insisting that we had to contact a Sprint call center.

They dial us in on one of the in-store phones and we end up on hold for a while...eventually a rep answers. The reps first response was also that we should be using the website, followed shortly by the device wasn't supported and more hold muzak. After a bit another story employee came to check on us, after describing yet again what we were attempting, she directed us to hang up and that she could take care of it in-store. On the computer. The single computer. The single computer already in use helping another customer.

Instead of standing around twiddling our thumbs waiting for the single computer to free up, we had a lightbulb moment. A once in a lifetime lightbulb moment. We went to the Sprint website on my phone to try and initiate the transfer there. Well...that turned out to not be such a lightbulb moment. Wow is the website not mobile optimized, full of weird errors that didn't make any sense, and just plain slow. Just to complete login we had to wait 5+ minutes for an OTP to get emailed.

To top it all off the website brickwalled at an "invalid IMEI" error.

The single working Sprint computer still wasn't available so we poked our heads into the Best Buy mobile store just around the corner. This was probably the real lightbulb moment because they were currently lording over an empty store so we jumped right in finding a solution. Unfortunately "invalid IMEI" was a persistent bugger that apparently is caused by a device not being in Sprint's database of blessed numbers.
My housemate had had enough by now so a few minutes later her number was ported to AT&T who was more than happy to activate on her sweet, sweet Moto G.
There is  a reason T-Mobile has overtaken Sprint as the number 3 provider in the US. On an unrelated note Project Fi support is fantastic and prompt.

December 16, 2011
Update: I now recommend you install Google Chrome and disable the built in Browser as it supports encrypting all synced data.

After picking up a gorgeous Galaxy Nexus yesterday I was running into an issue where my browser data wasn't syncing to the phone. After a little Googling I found this is commonly caused by having all of my synced Chrome data encrypted instead of the default of only encrypting the passwords. These are the steps I went through to get my dat syncing again without losing any of it. The exact error I was getting was "Sync is currently experiencing problems. It will be back shortly."


In Google Chrome open the personal stuff settings page by clicking this link or by opening the wrench menu, and click on "signed in with example@gmail.com".  Hit "disconnect your Google Account" to temporarily disable syncing from your browser.

Visit the Google Dashboard and "Stop sync and delete data from Google". I waited until the stored dat…
31 comments
Read more

January 18, 2010
"Storytlr is an open source lifestreaming and micro blogging platform. You can use it for a single user or it can act as a host for many people all from the same installation."

I've been looking for something like Storytlr for a few months now or at least trying to do it with Drupal. While I love Drupal and FeedAPI I did not want to spend all that time building a lifestream website. So I've been playing around with Storytlr instead and found it very easy. Here is how I got it up and running on a Ubuntu EC2 server. You can also check out the official Storytlr install instructions.

Assumptions:
LAMP stack installed and running.Domain setup for a directory.MySQL database and user ready to go.Lets get started!
Get the code: wget http://storytlr.googlecode.com/files/storytlr-0.9.2.tgz tar -xvzf storytlr-0.9.2.tgzYou can find out the latest stable release on Storytlr's downloads page.

Import the database:
Within protected/install is database.sql. Import this into your empt…
6 comments
Read more

April 18, 2010
Be sure to comeback as new tips and tricks get added. If you know of anything I missed be sure to let me know.

Static URL for profile images based on screen_name:

* This performs a http redirect to the actual profile image URL. Currently https redirects to http. You can also add "?size={mini | bigger | normal}" to get specific sizes.

Redirect to profile based on user_id:

* In the web interface new mentions are only replies if they start with @screen_name. By pushing @screen_name further along in the string your followers who do not follow @screen_name will still see the status.

* By default you get the original image size you can add _mini, _normal, and …
6 comments
Read more